Home News China July industrial profits down as COVID curbs, heatwaves hit
Our website publishes news, press releases, opinion and advertorials on various financial organizations, products and services which are commissioned from various Companies, Organizations, PR agencies, Bloggers etc. These commissioned articles are commercial in nature. This is not to be considered as financial advice and should be considered only for information purposes. It does not reflect the views or opinion of our website and is not to be considered an endorsement or a recommendation. We cannot guarantee the accuracy or applicability of any information provided with respect to your individual or personal circumstances. Please seek Professional advice from a qualified professional before making any financial decisions. We link to various third-party websites, affiliate sales networks, and to our advertising partners websites. When you view or click on certain links available on our articles, our partners may compensate us for displaying the content to you or make a purchase or fill a form. This will not incur any additional charges to you. To make things simpler for you to identity or distinguish advertised or sponsored articles or links, you may consider all articles or links hosted on our site as a commercial article placement. We will not be responsible for any loss you may suffer as a result of any omission or inaccuracy on the website.
News 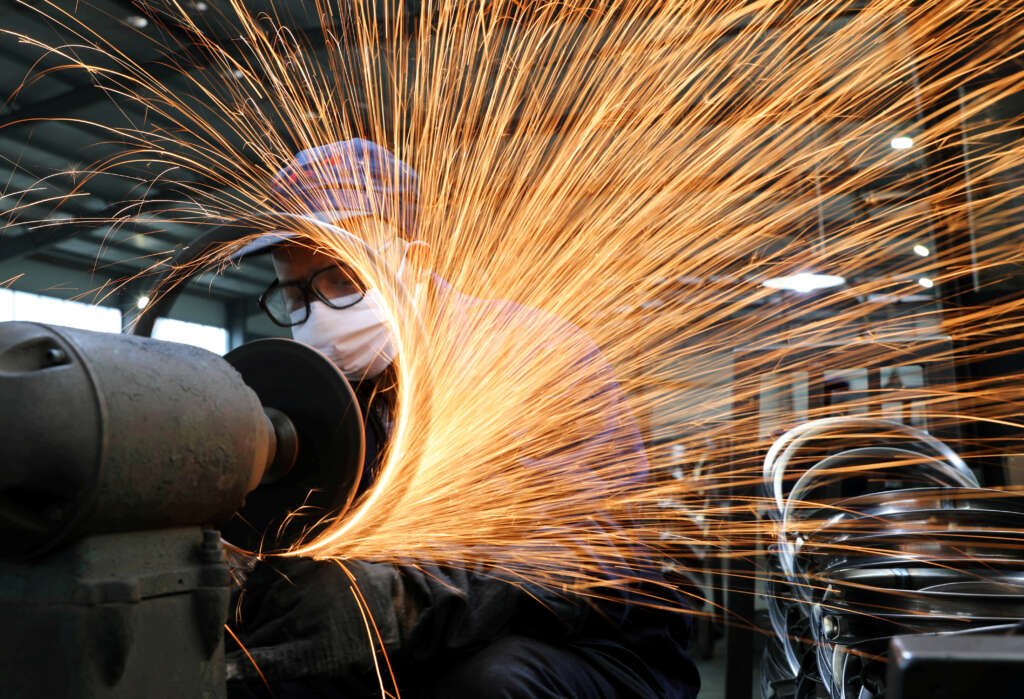 Profits at China’s industrial firms fell 1.1% in January-July from a year earlier, wiping out the 1.0% growth logged during the first six months, the National Bureau of Statistics said on Saturday.

The bureau did not report standalone figures for July.

Factory production and activities in major manufacturing hubs like Shenzhen and Tianjin were hit in the month as fresh COVID curbs were imposed.

Liabilities at industrial firms jumped 10.5% from a year earlier in July, matching the 10.5% increase in June, the statistics bureau said.

Policymakers are striving to prop up the flagging economy by doubling down on infrastructure spending.

The industrial profit data covers large firms with annual revenues of over 20 million yuan ($3 million) from their main operations.