Home News Saudi snitching app turns citizens into social media police
Our website publishes news, press releases, opinion and advertorials on various financial organizations, products and services which are commissioned from various Companies, Organizations, PR agencies, Bloggers etc. These commissioned articles are commercial in nature. This is not to be considered as financial advice and should be considered only for information purposes. It does not reflect the views or opinion of our website and is not to be considered an endorsement or a recommendation. We cannot guarantee the accuracy or applicability of any information provided with respect to your individual or personal circumstances. Please seek Professional advice from a qualified professional before making any financial decisions. We link to various third-party websites, affiliate sales networks, and to our advertising partners websites. When you view or click on certain links available on our articles, our partners may compensate us for displaying the content to you or make a purchase or fill a form. This will not incur any additional charges to you. To make things simpler for you to identity or distinguish advertised or sponsored articles or links, you may consider all articles or links hosted on our site as a commercial article placement. We will not be responsible for any loss you may suffer as a result of any omission or inaccuracy on the website.
News 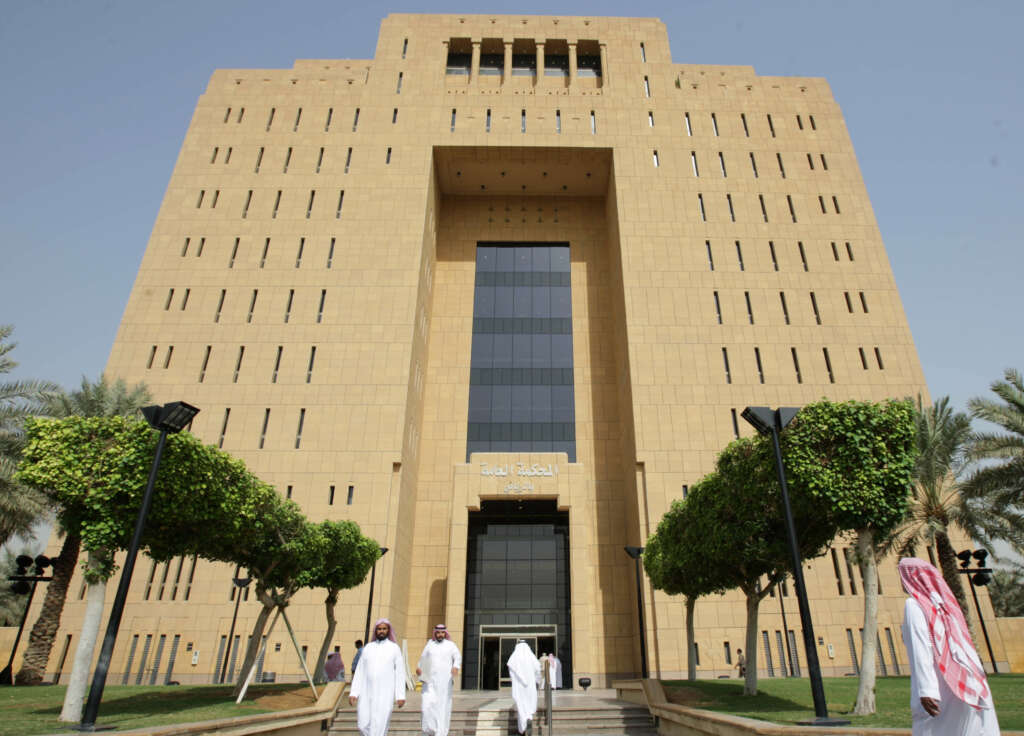 BEIRUT (Thomson Reuters Foundation) – A Saudi app that lets ordinary people “play the role of a police officer” may have alerted authorities to the tweets of a student whose sentencing to 34 years in jail has drawn international condemnation.

Just weeks after the verdict against Salma al-Shehab – a doctoral candidate at Britain’s Leeds University – rights groups say another woman was given a 45-year sentence for her social media posts – highlighting a crackdown targeting women https://www.reuters.com/world/middle-east/us-says-it-raised-concerns-saudi-arabia-over-activists-sentencing-2022-08-22/ online.

Nourah bint Saeed al-Qahtani was convicted https://www.reuters.com/world/middle-east/saudi-woman-gets-45-year-prison-term-social-media-posts-rights-group-2022-08-30/ of “using the internet to tear the (Saudi) social fabric”, according to DAWN, a Washington-based human rights group.

While it is not clear how Qahtani’s posts were detected, rights groups think Shehab was reported by citizens using Kollona Amn, a government app that lets citizens alert authorities to everyday incidents like road accidents or suspicious behaviour.

“I went into your account, and I found it to be pitiful and full of trash, I took several pictures and I sent them to Kollona Amn,” one user posted below a comment by Shehab, a screenshot reviewed by the Thomson Reuters Foundation showed.

Kollona Amn, meaning “we are all security” in Arabic, has been downloaded more than a million times from the Google Play store.

Despite billing itself as a utility app to speed up “rescue missions”, rights campaigners say it helps authorities cast a wider net for activists and dissidents seen as a threat to the Saudi government.

“The problem in Saudi Arabia is that their understanding of a crime is much wider than what is recognisable under international law,” said Rothna Begum, women’s rights researcher at Human Rights Watch (HRW).

“It is so broad and vague; anything could be a crime.”

The Saudi Ministry of Communications and Information could not be reached for comment, but officials have said previously that the country does not have political prisoners.

“We have prisoners in Saudi Arabia who have committed crimes and who were put to trial by our courts and were found guilty,” Minister of State for Foreign Affairs Adel al-Jubeir told Reuters in July.

Rights groups say government-employed Twitter trolls scour social media on the lookout for dissent, harassing anyone who appears to digress from the official line.

But without the kind of surveillance made possible via the Kollona Amn app, rights activists say it would have been difficult for the government to detect Shehab’s Twitter presence.

Twitter users can use Kollona Amn to flag up other users’ tweets by tagging the app’s account, or the handle of the country’s state security agency.

Lina al-Hathloul, head of monitoring and communication at ALQST, a rights group, said she has documented at least eight other instances of online accounts tagging Kollona Amn’s account under activists’ tweets.

“They really want civil society to be invisible, they don’t want people to exist, not even online,” she added.

Around the world, similar apps have given rise to a wave of digital vigilantism – from tools that let people tip off the police to speeding drivers to breaches of COVID-19 rules.

They are often controversial.

In South Africa, WhatsApp chat groups https://news.trust.org/item/20220406153556-ijfbt that double up as neighbourhood watches have been criticised for being racist, while in India, so-called cyber volunteers recruited by the government go after online content that they deem to be illegal or anti-national.

In Saudi Arabia, it is not the first time that an app disseminated by the government has drawn criticism from human rights groups, despite official claims that the tools are simply aimed at making everyday tasks easier and safer.

Another app, Balagh invites people to report corrupt government employees and commercial violations, but is sometimes used to settle personal vendettas, they added.

The Absher app is used by Saudis who sponsor foreign laborers to give permission for their employees to leave the country, but critics say it often serves to constrain the free movement of workers living in the kingdom.

According to a 2019 HRW report, employers can do this by issuing exit and entry visas with specific dates or by controlling their exit visas.

The app was launched in 2015 when women needed the approval of their male guardians to travel, giving men an easy way to control their female relatives’ movements.

Convincing ordinary Saudis to spy and snitch on each other is often framed as a national duty, said Taha Alhajji, a legal consultant for the European-Saudi Organisation for Human Rights.

“The other method is fear: If someone knows of a violation and does not report it, then they’re a party to that violation. The person covering up a crime is considered an accomplice.”

The verdicts against Shehab and Qahtani have shaken Saudi Arabia’s activist community and sent a chill through the country’s digital spaces, activists said.

Since Shehab was sentenced, social media users have pored over her personal accounts and those belonging to her family, digging up old posts in an effort to discredit her.

One user shared comments posted by her parents, tagging the Twitter accounts of Kollona Amn and the state security agency (PSS), according to screenshots seen by the Thomson Reuters Foundation.

“I hope @pss_ar and @kamnapp look at the information above and hold her mother and father accountable,” typed one user below a post by Shehab’s father.

The sentence against the mother-of-two was widely seen as a warning to the kingdom’s human rights defenders, said Khalid Ibrahim, executive director of Lebanon-based Gulf Center for Human Rights.

“They feel like they’re followed everywhere they go, even if they are in exile,” he said.

(Reporting by Nazih Osseiran @Nazihosseiran; Editing by Helen Popper. Please credit the Thomson Reuters Foundation, the charitable arm of Thomson Reuters, that covers the lives of people around the world who struggle to live freely or fairly. Visit http://news.trust.org)