Home News Novartis to spin off generics business Sandoz next year
Our website publishes news, press releases, opinion and advertorials on various financial organizations, products and services which are commissioned from various Companies, Organizations, PR agencies, Bloggers etc. These commissioned articles are commercial in nature. This is not to be considered as financial advice and should be considered only for information purposes. It does not reflect the views or opinion of our website and is not to be considered an endorsement or a recommendation. We cannot guarantee the accuracy or applicability of any information provided with respect to your individual or personal circumstances. Please seek Professional advice from a qualified professional before making any financial decisions. We link to various third-party websites, affiliate sales networks, and to our advertising partners websites. When you view or click on certain links available on our articles, our partners may compensate us for displaying the content to you or make a purchase or fill a form. This will not incur any additional charges to you. To make things simpler for you to identity or distinguish advertised or sponsored articles or links, you may consider all articles or links hosted on our site as a commercial article placement. We will not be responsible for any loss you may suffer as a result of any omission or inaccuracy on the website.
News

Novartis to spin off generics business Sandoz next year 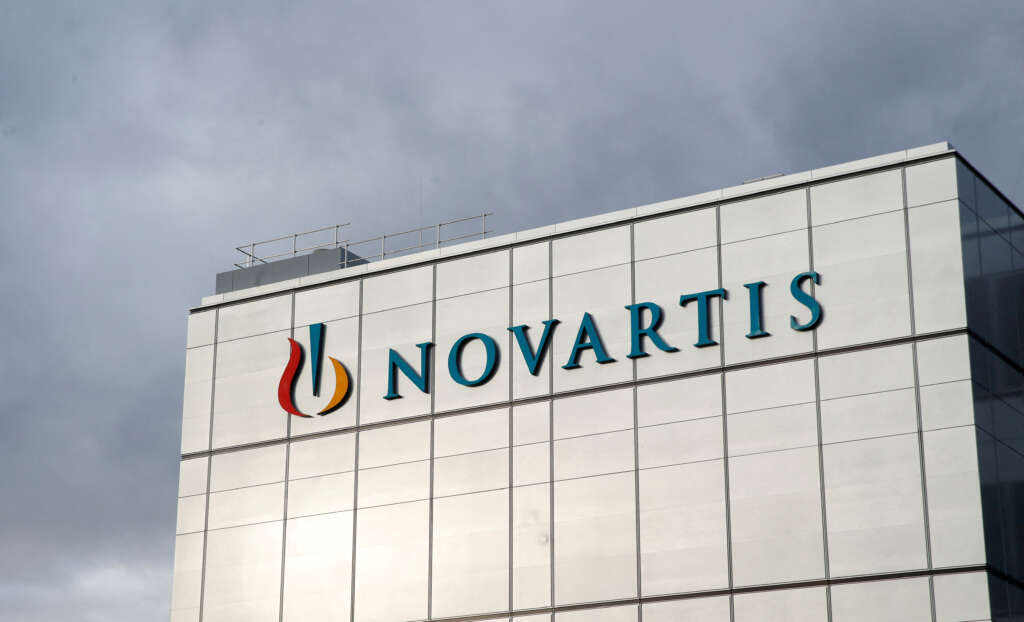 ZURICH/LONDON (Reuters) -Novartis plans to spin off its underperforming generics unit Sandoz to sharpen its focus on its patented prescription medicines, the Swiss group said on Thursday, acknowledging it had not received any formal offers for the business to date.

The company started a strategic review of Sandoz last October – examining a range of options, including retaining the business, spinning it off or selling it – following a protracted period of underperformance driven largely by mounting pricing pressures in the off-patent drug sector.

Apart from some preliminary interest, Novartis has not received any formal binding offers for Sandoz so far – but if any “highly attractive” bids did emerge Novartis would fully consider them, CEO Vas Narasimhan said in a conference call with analysts.

However, “we think a spin is by far and away the most likely and best way to separate these two companies,” he said.

The spin-off announcement did not come as a surprise given poor market conditions and the struggling broader market for generics, analysts said.

“Previous spin-outs from pharma company have created near-term excitement given the strong track record of pharma spins outperforming parents. In this case, the competitive pressures in the generic space are likely to translate into lesser near term interest,” Citi analysts wrote in a note.

Sandoz – which generated nearly $10 billion in sales last year selling generics and biosimilars (cheap versions of biologic drugs made from living organisms) – will emerge as Europe’s leading generics company, according to Novartis.

Narasimhan described the market for generics as “highly attractive” going forward, citing $400 billion to $500 billion worth of branded products expected to go off-patent over the coming decade.

The standalone Sandoz is expected to be headquartered in Switzerland and listed on the SIX Swiss Exchange, with an American Depositary Receipt programme in the United States. Richard Saynor would remain CEO following the spin-off.

The transaction, which is anticipated to be generally tax-neutral for Novartis, is expected to be completed in the second half of next year, subject to market conditions, tax rulings and opinions, final board endorsement and shareholder approvals, Novartis said.

Plans for the spin-off would not be derailed by U.S. drug pricing reforms, Narasimhan said.

Last week, a landmark law that included provisions to tackle the rising cost of medicines was passed in the United States, in a rare legislative defeat for the powerful pharmaceutical industry.

Sandoz will, however, reassess whether certain biosimilars still are an attractive market opportunity, added Narasimhan.

Sandoz’s sales have been hurt by pricing pressure that has affected the broader generics industry for years, particularly in the United States, although the country accounts for less than a quarter of its total sales.

In 2021, sales in Europe declined by 2%, while U.S. sales tumbled 15% on a constant currency basis, hit also by a COVID-related drop in demand.

However, there are encouraging signs. Last month, Novartis said Sandoz’s earnings would likely hold steady this year, primarily thanks to growth in Europe.

Narasimhan also predicted a return to U.S. growth, with expected biosimilar approvals for blockbuster medicines such as Humira and Tysabri next year.

Novartis has been pruning its business interests, spinning off its Alcon eye care business in 2019 and last November agreeing to sell a nearly one-third voting stake in Roche.

It tried to divest part of Sandoz back in 2018, but a $900 million deal with India’s Aurobindo Pharma fell foul of antitrust rules.

Now, Narasimhan is aiming to spin off the entire division, which accounted for close to a fifth of Novartis’ $51.6 billion in sales last year.

Novartis is also implementing a restructuring programme that involves cutting up to 8,000 jobs, or about 7.4% of its global workforce.

Germany signs deal to give ownership of Benin Bronzes to Nigeria

After rescue by Open Arms, 99 migrants wait to dock in Europe