Home News Kosovo pushes ahead with car licensing rule resisted by Serbs
Our website publishes news, press releases, opinion and advertorials on various financial organizations, products and services which are commissioned from various Companies, Organizations, PR agencies, Bloggers etc. These commissioned articles are commercial in nature. This is not to be considered as financial advice and should be considered only for information purposes. It does not reflect the views or opinion of our website and is not to be considered an endorsement or a recommendation. We cannot guarantee the accuracy or applicability of any information provided with respect to your individual or personal circumstances. Please seek Professional advice from a qualified professional before making any financial decisions. We link to various third-party websites, affiliate sales networks, and to our advertising partners websites. When you view or click on certain links available on our articles, our partners may compensate us for displaying the content to you or make a purchase or fill a form. This will not incur any additional charges to you. To make things simpler for you to identity or distinguish advertised or sponsored articles or links, you may consider all articles or links hosted on our site as a commercial article placement. We will not be responsible for any loss you may suffer as a result of any omission or inaccuracy on the website.
News

Kosovo pushes ahead with car licensing rule resisted by Serbs 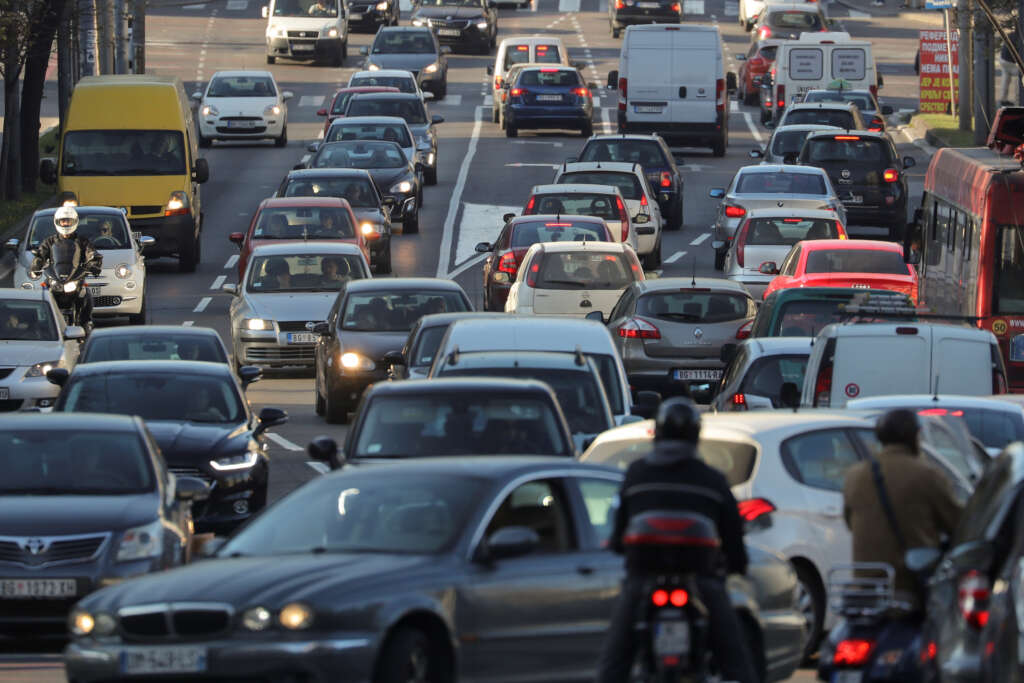 JARINJE, Kosovo (Reuters) -Dozens of U.S. NATO peacekeepers patrolled northern Kosovo on Thursday to preserve calm after Pristina announced that around 50,000 ethnic Serbs in the region would have to switch their car license plates to local ones within two months.

Kosovo, which is predominantly ethnic Albanian, has sought to compel Serbs to accept Pristina’s authority in routine bureaucratic matters since winning independence in 2008 after nearly a decade-long uprising against Serbia’s repressive rule.

Serbia does not recognise Kosovo’s independence and Serbs in northern Kosovo consider Belgrade as their capital.

In announcing the Oct. 31 deadline for motorists to switch over Serbian license plates to those issued by Pristina, Kosovo Prime Minister Albin Kurti described the decision as “nothing more or less than an expression of the exercise of sovereignty.”

“Certain financial benefits will be offered during registration, including tax relief,” Kurti said in Serbian in a video posted on his Facebook profile.

A push last year to implement the car licensing was met with protests by the Serbs in the north, who are backed by Belgrade and live close to Kosovo’s border with Serbia. Tensions flared again last month after Pristina announced the rule would go into effect on Sept. 1, prompting ethnic Serbs to set up roadblocks.

Tensions eased after Kurti, under U.S. and European Union pressure, agreed to postpone the switch. The roadblocks were removed under the watch of NATO, which bombed Serbia in 1999 to end repression of Kosovo’s Albanians and now has about 3,700 peacekeepers in Kosovo.

“If we are told to change the plates we will change them, but I am not happy with it,” Ratko Simic, a Serb from the northern town of Leposavic, told Reuters on Thursday as he crossed from Serbia into Kosovo.

The defence ministry in Serbia, which sees Kosovo as an integral part of Serbian territory, said on Wednesday it had stepped up training of some of its troops garrisoned near the border with Kosovo.

Major General Ferenc Kajari, commander of NATO’s peacekeeping mission in Kosovo, sought to dispel fears of an imminent conflict as peacekeepers who have patrolled the region for the past two weeks fanned out to pre-empt any violence.

“We don’t see any kind of indication even of a preparation for a war … Those who think responsibly they should not talk about war,” Kajari, a Hungarian, told Reuters in an interview on Wednesday.

Talks between Kosovo and Serbia under the auspices of the European Union and U.S. envoys have so far failed to solve the issue, although Belgrade and Pristina last week reached a deal on the use of personal identity documents.

Serbs account for 5% of the 1.8 million people in Kosovo. Serbia accuses Kosovo of trampling on the rights of this ethnic minority, a charge denied by Pristina.

Kosovo is recognised by some 100 countries including the United States and all but five EU members, but not by a number of other states, notably Russia and China.