Home News Gorbachev died shocked and bewildered by Ukraine conflict – interpreter
Our website publishes news, press releases, opinion and advertorials on various financial organizations, products and services which are commissioned from various Companies, Organizations, PR agencies, Bloggers etc. These commissioned articles are commercial in nature. This is not to be considered as financial advice and should be considered only for information purposes. It does not reflect the views or opinion of our website and is not to be considered an endorsement or a recommendation. We cannot guarantee the accuracy or applicability of any information provided with respect to your individual or personal circumstances. Please seek Professional advice from a qualified professional before making any financial decisions. We link to various third-party websites, affiliate sales networks, and to our advertising partners websites. When you view or click on certain links available on our articles, our partners may compensate us for displaying the content to you or make a purchase or fill a form. This will not incur any additional charges to you. To make things simpler for you to identity or distinguish advertised or sponsored articles or links, you may consider all articles or links hosted on our site as a commercial article placement. We will not be responsible for any loss you may suffer as a result of any omission or inaccuracy on the website.
News 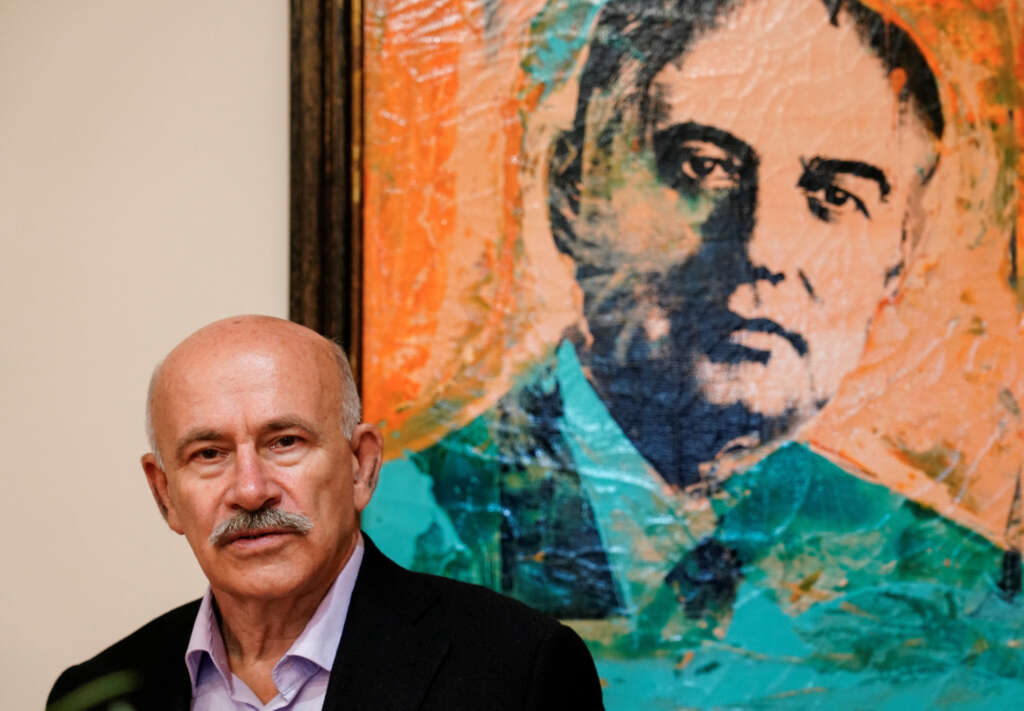 MOSCOW (Reuters) -Mikhail Gorbachev, the last Soviet leader, was shocked and bewildered by the Ukraine conflict in the months before he died and psychologically crushed in recent years by Moscow’s worsening ties with Kyiv, his interpreter said on Thursday.

Pavel Palazhchenko, who worked with the late Soviet president for 37 years and was at his side at numerous U.S.-Soviet summits, spoke to Gorbachev a few weeks ago by phone and said he and others had been struck by how traumatised he was by events in Ukraine.

“It’s not just the (special military) operation that started on Feb. 24, but the entire evolution of relations between Russia and Ukraine over the past years that was really, really a big blow to him. It really crushed him emotionally and psychologically,” Palazhchenko told Reuters in an interview.

“It was very obvious to us in our conversations with him that he was shocked and bewildered by what was happening (after Russian troops entered Ukraine in February) for all kinds of reasons. He believed not just in the closeness of the Russian and Ukrainian people, he believed that those two nations were intermingled.”

President Vladimir Putin sent tens of thousands of troops into Ukraine on Feb. 24 in what he called a “special military operation” which he said was needed to ensure Russia’s security against an expanding NATO military alliance and to protect Russian-speakers.

Kyiv says it posed no threat and is now defending itself against an unprovoked imperial-style war of aggression. The West has imposed sweeping sanctions on Moscow to try to get Putin to pull his forces back, something he shows no sign of doing.

In photographs of 1980s summits with U.S. President Ronald Reagan, the bald, moustachioed figure of Palazhchenko can be seen time and again at Gorbachev’s side, leaning in to capture and relay every word.

Now 73, he is well placed to know the late politician’s state of mind in the period before he died, having seen him in recent months and been in touch with Gorbachev’s daughter Irina.

Gorbachev, who was 91 when he died on Tuesday from an unspecified illness, had family connections to Ukraine, said Palazhchenko. He was speaking at the Moscow headquarters of the Gorbachev Foundation where he works, and where Gorbachev kept an office dominated by a giant portrait of his late wife Raisa whose father was from Ukraine.

While in office, Gorbachev tried to keep the Soviet Union’s 15 republics, including Ukraine, together but failed after reforms he set in motion emboldened many of them to demand independence.

Soviet forces used deadly force in some instances in the dying days of the USSR against civilians. Politicians in Lithuania and Latvia recalled those events with horror after Gorbachev’s death, saying they still blamed him for the bloodshed.

Palazhchenko said Gorbachev, who he said believed in solving problems solely via political means, had either not known about some of those bloody episodes beforehand or “extremely reluctantly” authorised the use of force to prevent chaos.

Gorbachev’s position on Ukraine was complex and contradictory in his own mind, said Palazhchenko, because the late politician still believed in the idea of the Soviet Union.

“Of course in his heart the kind of mental map for him and for most people of his political generation is still a kind of imagined country that includes most of the former Soviet Union,” said Palazhchenko.

But Gorbachev would not have waged war to restore the now defunct country he presided over from 1985-1991, he suggested.

“Of course I can’t imagine him saying ‘this is it, and I will do whatever to impose it’. No.”

While Gorbachev believed his duty was to show Putin respect and support, his former interpreter said he spoke out publicly when he disagreed with him such as on the treatment of the media. But he had taken a decision not to “provide a running commentary” on Ukraine beyond approving a statement in February that called for an early end to hostilities and for humanitarian concerns to be addressed.

Gorbachev’s relationship with Ukraine has sometimes been difficult. Kyiv banned him in 2016 after he told Britain’s Sunday Times newspaper he would have acted in the same way as Putin did in 2014 in annexing Crimea.

“I’m always with the free will of the people and most in Crimea wanted to be reunited with Russia,” Gorbachev said at the time, referring to the outcome of a referendum which Kyiv and the West called illegal.

Some Ukrainians also blame him for the initial Soviet cover-up of the Chornobyl nuclear disaster in 1986.

While conceding that some Russians and people across the former Soviet empire held extremely negative views of Gorbachev for the economic and geopolitical tumult that followed the 1991 collapse of the USSR, Palazhchenko argued that Gorbachev’s legacy was still substantial.

He had not only helped end the Cold War and reduced the risk of nuclear war, he said, but had voluntarily dismantled totalitarianism inside the Soviet Union and given Russia a chance for freedom and democracy.

“I think that he did remain optimistic about Russia’s future,” despite his own legacy being “mangled” and what he regarded as “unfair criticism”, said Palazhchenko.

“He believed that the people of Russia are very talented people and once they are given a chance, maybe a second chance, that that talent…will show.”

Palazhchenko, who reminisced about Cold War U.S.-Soviet summits and chatting in a limousine with Gorbachev after White House talks, said he and his colleagues now faced the task of going through Gorbachev’s papers and books at the late politician’s state-owned dacha outside Moscow as there was lots of material that had not yet been systematically catalogued in his archive.

Visibly angered by criticism of Gorbachev since his death by some people on social media whom he called “haters”, Palazhchenko said his former employer thought history would judge him rightly.

“He liked to say that history is a fickle lady. I think that he believed and that he expected that the final verdict will be positive for him.”