Home News German coalition divided over Chinese bid for Hamburg port terminal
Our website publishes news, press releases, opinion and advertorials on various financial organizations, products and services which are commissioned from various Companies, Organizations, PR agencies, Bloggers etc. These commissioned articles are commercial in nature. This is not to be considered as financial advice and should be considered only for information purposes. It does not reflect the views or opinion of our website and is not to be considered an endorsement or a recommendation. We cannot guarantee the accuracy or applicability of any information provided with respect to your individual or personal circumstances. Please seek Professional advice from a qualified professional before making any financial decisions. We link to various third-party websites, affiliate sales networks, and to our advertising partners websites. When you view or click on certain links available on our articles, our partners may compensate us for displaying the content to you or make a purchase or fill a form. This will not incur any additional charges to you. To make things simpler for you to identity or distinguish advertised or sponsored articles or links, you may consider all articles or links hosted on our site as a commercial article placement. We will not be responsible for any loss you may suffer as a result of any omission or inaccuracy on the website.
News 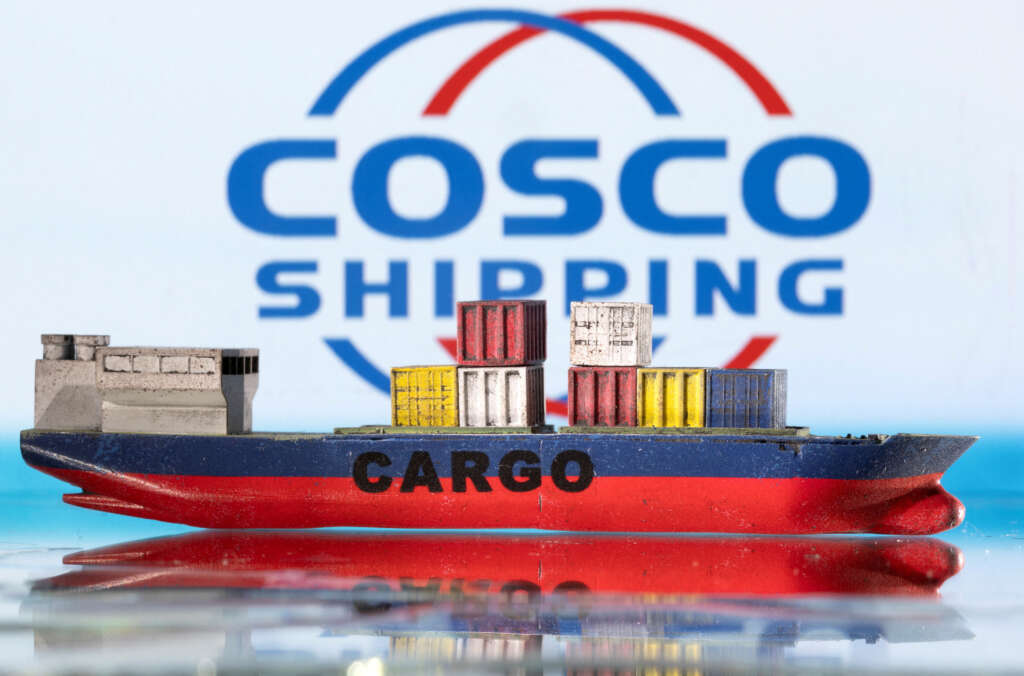 By Andreas Rinke and Sarah Marsh

BERLIN (Reuters) -Germany’s ruling coalition is divided over whether to let China’s Cosco take a stake in a Hamburg port terminal, government sources say, even as Beijing urges Berlin not to politicize the bid and the port authority warns this could hurt the economy.

Shipping giant Cosco last year made a bid to take a 35% stake in one of three terminals in Germany’s largest port in the northern city of Hamburg.

The German government’s response is being seen as a gauge of how far it is willing to toughen its stance on China, its top trading partner, due to concerns about being overly dependent on the increasingly assertive authoritarian country.

Economy Minister Robert Habeck of the Greens junior coalition party, which is particularly hawkish on China, said in an interview with Reuters on Tuesday he was leaning towards not allowing the deal, which would give China a stake in German critical infrastructure.

The chancellery, run by the senior coalition party the Social Democrats, is more in favor of finding a solution to any concerns, three government sources said. Chancellor Olaf Scholz oversaw a boom in Chinese trade while he was mayor of Hamburg from 2011 to 2018.

The chancellery did not immediately reply to a request for comment.

Chinese foreign ministry spokeswoman Mao Ning said she hoped Germany would “view Chinese investment in an objective and rational light, and provide a fair, open and non-discriminatory environment for Chinese companies, rather than politicize normal economic and trade cooperation, still less engage in protectionism in the name of national security”.

Volker Treier, trade expert for the German Chambers of Industry and Commerce (DIHK), said he was concerned that if there’s no clear criteria for rejecting the investment, this could negatively impact Germany’s allure for investors generally.

The Hamburg Port Marketing Director Axel Mattern warned against any veto, saying the Chinese investment would be a “huge win for the port rather than a danger, not least because Cosco will soon become the biggest shipping company worldwide”.

China’s fast expansion has driven growth in Europe’s largest economy over the past 10 years, with German carmakers currently relying on that market for as much as half their profits.

“A rejection of the Chinese would be a disaster not only for the port but for Germany,” he told Reuters.

Scholz has warned of any decoupling from China or deglobalisation in general, while also emphasizing the need for Germany to diversify its Asia trade and take strategic concerns more into account in its business dealings.

“We need a culture whereby questions of security and independence are taken into account and we say – it costs but it’s necessary,” he said at the weekend.

Upset by high prices, GM’s Cruise develops its own chips for self-driving cars