Home News Euro zone economy faces growing risk of recession, survey shows
Our website publishes news, press releases, opinion and advertorials on various financial organizations, products and services which are commissioned from various Companies, Organizations, PR agencies, Bloggers etc. These commissioned articles are commercial in nature. This is not to be considered as financial advice and should be considered only for information purposes. It does not reflect the views or opinion of our website and is not to be considered an endorsement or a recommendation. We cannot guarantee the accuracy or applicability of any information provided with respect to your individual or personal circumstances. Please seek Professional advice from a qualified professional before making any financial decisions. We link to various third-party websites, affiliate sales networks, and to our advertising partners websites. When you view or click on certain links available on our articles, our partners may compensate us for displaying the content to you or make a purchase or fill a form. This will not incur any additional charges to you. To make things simpler for you to identity or distinguish advertised or sponsored articles or links, you may consider all articles or links hosted on our site as a commercial article placement. We will not be responsible for any loss you may suffer as a result of any omission or inaccuracy on the website.
News 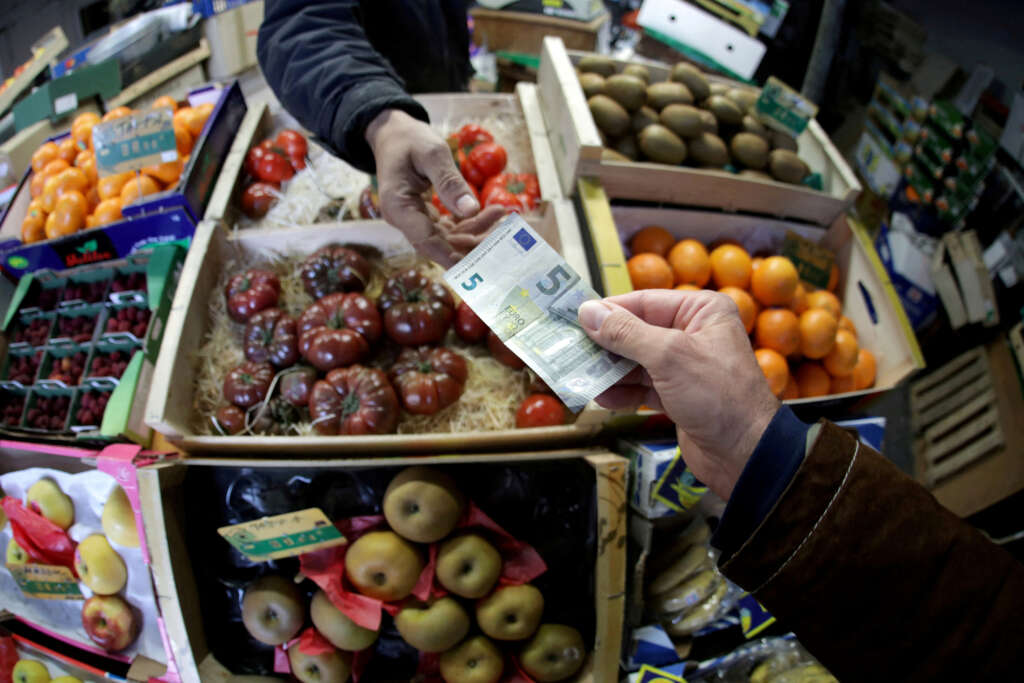 LONDON (Reuters) – Manufacturing activity across the euro zone declined again last month as consumers feeling the pinch from a deepening cost of living crisis cut spending, a survey showed on Thursday, providing more evidence of the growing risk of recession.

The downbeat survey comes just a week before the European Central Bank is expected to raise borrowing costs again to try and tame inflation running at 9.1% – over four times its 2% target – further hitting indebted consumers.

S&P Global’s final manufacturing Purchasing Managers’ Index (PMI) dipped to 49.6 in August from July’s 49.8, below a preliminary reading of 49.7 and further below the 50 mark separating growth from contraction.

Forward looking indicators in the survey painted a gloomy picture with new orders declining, inventories of raw materials increasing again, backlogs of work being run down and stockpiles of completed products rising at a record pace.

“Amid the current macroeconomic pressures and the increasing cost of living crisis, it will come as no surprise that we are expecting further loss in activity in the coming months.”

Gas prices have skyrocketed following Russia’s invasion of Ukraine and are likely to rise further, having a knock-on effect on costs of other goods and services.

Earlier on Thursday, Fitch Ratings said a full shut-off of Russian pipeline gas to the European Union increasingly looked a reasonable assumption and a recession in the euro zone now looked likely.

While unemployment in the bloc nudged down to 6.6% in July from 6.7% in June, according to official data earlier on Thursday and as expected in a Reuters poll, the upbeat news on the job market may not last.

“The fall in the euro zone unemployment rate in July to a record low of 6.6% is likely to be as good as it gets. The region faces a difficult winter and recession looms,” said Jessica Hinds at Capital Economics.

Around 120,000 Italian service sector firms could go out of business over the next 10 months due to surging energy costs, with the loss of 370,000 jobs, business lobby Confcommercio said on Wednesday.

Persistent worries about rising global interest rates and recessions hounded stock and bond markets on Thursday, fuelled by the possibility the ECB will raise its policy rate by a record 75 basis points next week.

Bets on that bumper move meant the closely-watched gap between German and Italian bond yields expanded to its widest since late July.

“The key decision at the upcoming meeting will be between a 50bp or 75bp hike,” Morgan Stanley said in a note to clients.

“We think it is a very close call, with good arguments on each side, but ultimately think those advocating for a larger hike will prevail as September offers the best opportunity to send a clear signal of determination.”