Home News EU regulator backs two Omicron-adapted COVID boosters
Our website publishes news, press releases, opinion and advertorials on various financial organizations, products and services which are commissioned from various Companies, Organizations, PR agencies, Bloggers etc. These commissioned articles are commercial in nature. This is not to be considered as financial advice and should be considered only for information purposes. It does not reflect the views or opinion of our website and is not to be considered an endorsement or a recommendation. We cannot guarantee the accuracy or applicability of any information provided with respect to your individual or personal circumstances. Please seek Professional advice from a qualified professional before making any financial decisions. We link to various third-party websites, affiliate sales networks, and to our advertising partners websites. When you view or click on certain links available on our articles, our partners may compensate us for displaying the content to you or make a purchase or fill a form. This will not incur any additional charges to you. To make things simpler for you to identity or distinguish advertised or sponsored articles or links, you may consider all articles or links hosted on our site as a commercial article placement. We will not be responsible for any loss you may suffer as a result of any omission or inaccuracy on the website.
News 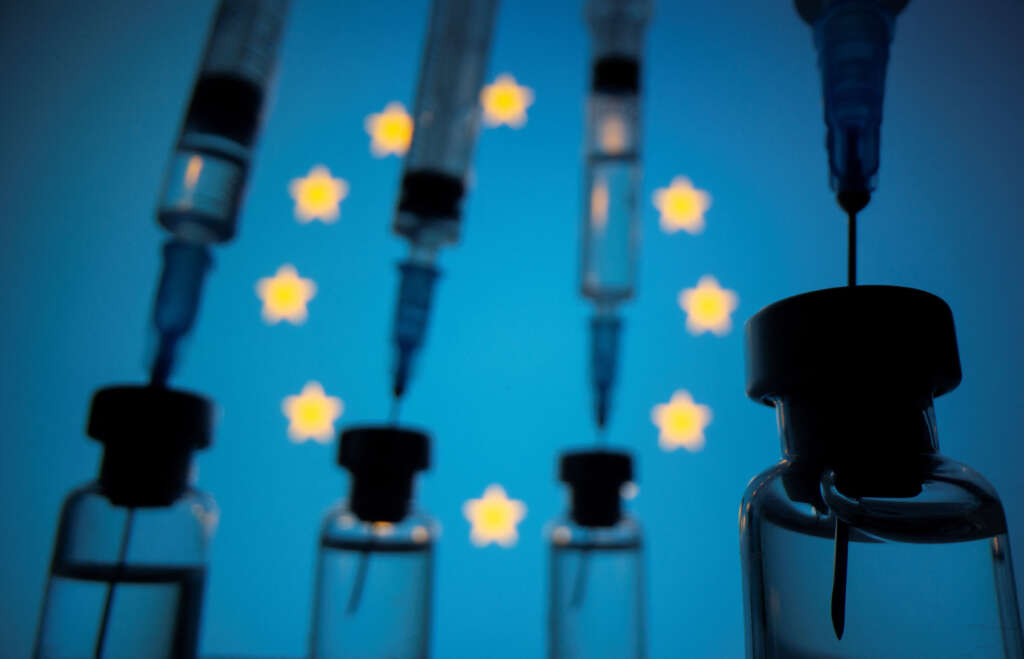 By Natalie Grover and Ludwig Burger

(Reuters) -The European Union’s drug regulator on Thursday backed two separate COVID-19 vaccine boosters updated to target the Omicron variant, ahead of an anticipated rise in infections this winter.

Developed by Moderna and the team of Pfizer and BioNTech, the new so-called bivalent shots combat the BA.1 version of Omicron and the original virus first detected in China.

The European Medicines Agency (EMA) recommendation is to authorise the vaccines for people aged 12 and above who have received at least primary vaccination against COVID. The final go-ahead will be subject to European Commission approval, which is expected to come in shortly.

The companies are expected to start supplying their Omicron-adapted vaccines within days of EU approval, European member of parliament (MEP) Peter Liese said on Wednesday.

Pfizer’s retooled booster targeting the currently dominant BA.4/BA.5 variants has already been submitted for EU review, while Moderna’s submission for a similar shot is imminent.

The EMA is also expected to offer its opinion on BA.4/5 adapted vaccines in the coming weeks, European Commissioner for Health and Food Safety Stella Kyriakides said in a statement on Thursday.

While existing coronavirus vaccines continue to provide good protection against hospitalisation and death, their effectiveness has taken a hit as the virus has evolved.

EU officials signalled in recent months they were open to initially using shots targeting the older BA.1 variant, given those specifically targeting newer Omicron offshoots BA.4/5 are further behind in development.

In contrast, the U.S. Food and Drug Administration (FDA) insisted it was only interested in vaccines targeting BA.4 and BA.5. On Wednesday, Pfizer-BioNTech and Moderna secured U.S. approval for those shots.

Given BA.1 emerged first, data from human trials testing the adapted vaccines from sets of developers has been submitted to EU regulators. For the BA.4/5 adapted vaccines, submissions to U.S. regulators are based on lab and animal data.

Using animal and lab data to solicit regulatory approval for retooled vaccines is not without precedent – it is done regularly for flu vaccines that are revamped each year to combat new variants.

In 2021, Pfizer and BioNTech entered an EU supply agreement for up to 1.8 billion doses of their COVID vaccines. Moderna also signed a contract last year for up to 300 million doses with the Commisson, which was expanded this July to cover 15 million more doses.

Under each contract, companies can switch to supplying the adapted shots as soon as they are cleared by regulators.

With many European countries already saddled with leftover vaccines, only a fraction of these contracts have been fulfilled so far: 336 million doses of the Pfizer-BioNTech vaccine have been delivered, while Moderna has provided 179 million doses, according to EU data.

In a statement on Wednesday, MEP Liese said Moderna would provide the EU with 70 million vaccine doses in the first two months post approval, and eight to 11 million should be available as early as the first week of September.

Up to 29 million doses of the vaccine made by Pfizer-BioNTech are expected to be delivered to Germany alone in September, he added.

In recent months, European countries had been encouraged to roll out second boosters of the established original vaccines, mainly for the vulnerable and elderly, following a rise in infections over the summer as protection waned due to the domination of BA.4/BA.5.

Public health experts continue to say vaccines – whether older or updated – are a key component to limiting severe disease and death due to COVID.

But uptake of the updated vaccines could be limited, as people have become less worried about the disease, thanks in large part to the success of first generation of shots.

“The challenge is, of course, that people feel the pandemic is mainly over,” Liese told Reuters ahead of the EMA decision on Thursday.