Home News China steps up easing, cuts lending benchmarks to revive faltering economy
Our website publishes news, press releases, opinion and advertorials on various financial organizations, products and services which are commissioned from various Companies, Organizations, PR agencies, Bloggers etc. These commissioned articles are commercial in nature. This is not to be considered as financial advice and should be considered only for information purposes. It does not reflect the views or opinion of our website and is not to be considered an endorsement or a recommendation. We cannot guarantee the accuracy or applicability of any information provided with respect to your individual or personal circumstances. Please seek Professional advice from a qualified professional before making any financial decisions. We link to various third-party websites, affiliate sales networks, and to our advertising partners websites. When you view or click on certain links available on our articles, our partners may compensate us for displaying the content to you or make a purchase or fill a form. This will not incur any additional charges to you. To make things simpler for you to identity or distinguish advertised or sponsored articles or links, you may consider all articles or links hosted on our site as a commercial article placement. We will not be responsible for any loss you may suffer as a result of any omission or inaccuracy on the website.
News 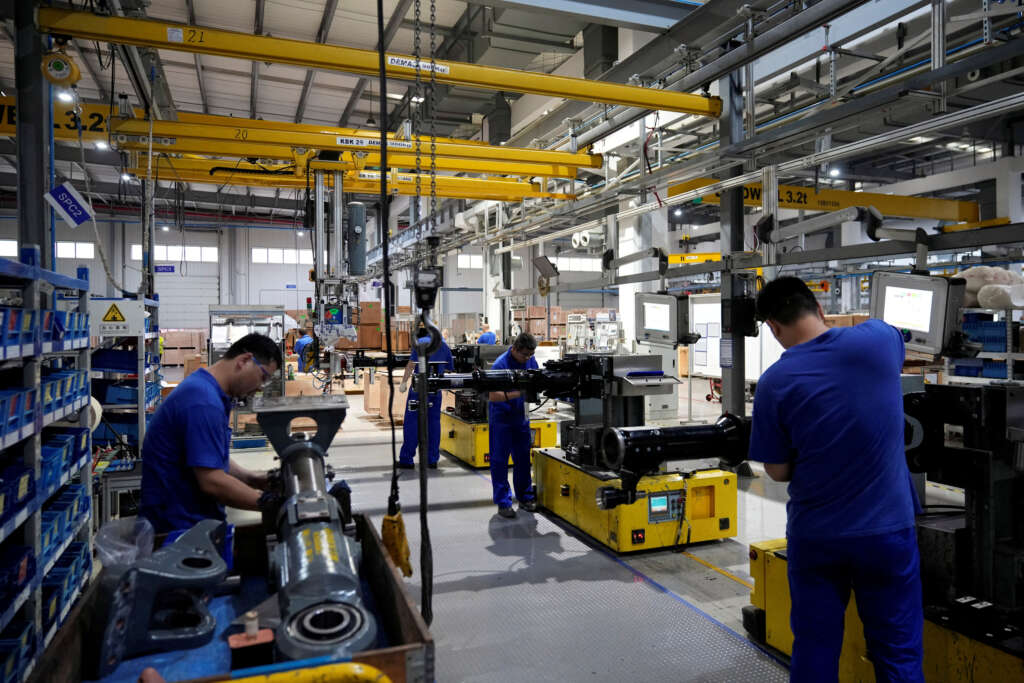 By Winni Zhou and Brenda Goh

SHANGHAI (Reuters) -China cut its benchmark lending rate and lowered the mortgage reference by a bigger margin on Monday, adding to last week’s easing measures, as Beijing boosts efforts to revive an economy hobbled by a property crisis and a resurgence of COVID cases.

The People’s Bank of China (PBOC) is walking a tight rope in its efforts to revive growth. Offering too much of stimulus could add to inflation pressures and risk capital flight as the Federal Reserve and other economies raise interest rates aggressively.

However, weak credit demand is forcing the PBOC’s hand as it tries to keep China’s economy on an even keel.

The one-year LPR was last reduced in January. The five-year tenor, which was last lowered in May, influences the pricing of home mortgages.

“All told, the impression we get from all the PBOC’s recent announcements is that policy is being eased but not dramatically,” said Sheana Yue, China economist at Capital Economics.

“We anticipate two more 10 bps cuts to the PBOC policy rates over the remainder of this year and continue to forecast a reserve requirement ratio (RRR) cut next quarter.”

The LPR cuts come after the PBOC surprised markets last week by lowering the medium term lending facility (MLF) rate and another short-term liquidity tool, as a string of recent data showed the economy was losing momentum amid slowing global growth and rising borrowing costs in many developed countries.

But worries over widening policy divergence with other major economies dragged the Chinese yuan, to near two-year lows. The onshore yuan last traded at 6.8258 per dollar.

In a Reuters poll conducted last week, 25 out of 30 respondents predicted a 10-basis-point reduction to the one-year LPR. All of those in the poll also projected a cut to the five-year tenor, including 90% of them forecasting a reduction larger than 10 bps.

China’s economy, the world’s second biggest, narrowly avoided contracting in the second quarter as widespread COVID-19 lockdowns and a property crisis took a heavy toll on consumer and business confidence.

Beijing’s strict ‘zero-COVID’ strategy remains a drag on consumption, and over recent weeks cases have rebounded again. Adding to the gloom, a slowdown in global growth and persistent supply-chain snags are undermining chances of a strong revival in China.

A raft of data, released last week, showed the economy unexpectedly slowed in July and prompted some global investment banks, including Goldman Sachs and Nomura, to revise down their full-year GDP growth forecasts for China.

Goldman Sachs lowered China’s 2022 full-year GDP growth forecast to 3.0% from 3.3% previously, far below Beijing’s target of around 5.5%. In a tacit acknowledgement of the challenge in meeting the GDP target, the government omitted a mention of it in a recent high profile policy meeting.

The deeper cut to the mortgage reference rate underlines efforts by policymakers to stabilize the property sector after a string of defaults among developers and a slump in home sales hammered consumer demand.

Capital Economics’ Yue said the weakness in loan demand is partly structural, “reflecting a loss of confidence in the housing market and the uncertainty caused by recurrent disruptions from China’s zero-COVID strategy.”

“These are drags that can’t be easily solved by monetary policy.”

Sources last week told Reuters that China will guarantee new onshore bond issues by a few select private developers to support the sector, which accounts for a quarter of the national GDP.

The LPR cut was necessary, “but the size of the reduction was not enough to stimulate financing demand,” said senior China strategist at ANZ, Xing Zhaopeng, who expects the one-year LPR could be cut further.

The economists said the PBOC might not be in a “rush to deliver more interest rate cuts,” because of “rising food prices and potential spillover effects from developed markets’ monetary policy tightening.”