Home Business A woman who landed a £75k job at Maxwell’s empire – only to discover it did not exist – releases a book about her corporate journey.
Our website publishes news, press releases, opinion and advertorials on various financial organizations, products and services which are commissioned from various Companies, Organizations, PR agencies, Bloggers etc. These commissioned articles are commercial in nature. This is not to be considered as financial advice and should be considered only for information purposes. It does not reflect the views or opinion of our website and is not to be considered an endorsement or a recommendation. We cannot guarantee the accuracy or applicability of any information provided with respect to your individual or personal circumstances. Please seek Professional advice from a qualified professional before making any financial decisions. We link to various third-party websites, affiliate sales networks, and to our advertising partners websites. When you view or click on certain links available on our articles, our partners may compensate us for displaying the content to you or make a purchase or fill a form. This will not incur any additional charges to you. To make things simpler for you to identity or distinguish advertised or sponsored articles or links, you may consider all articles or links hosted on our site as a commercial article placement. We will not be responsible for any loss you may suffer as a result of any omission or inaccuracy on the website.
Business

A woman who landed a £75k job at Maxwell’s empire – only to discover it did not exist – releases a book about her corporate journey. 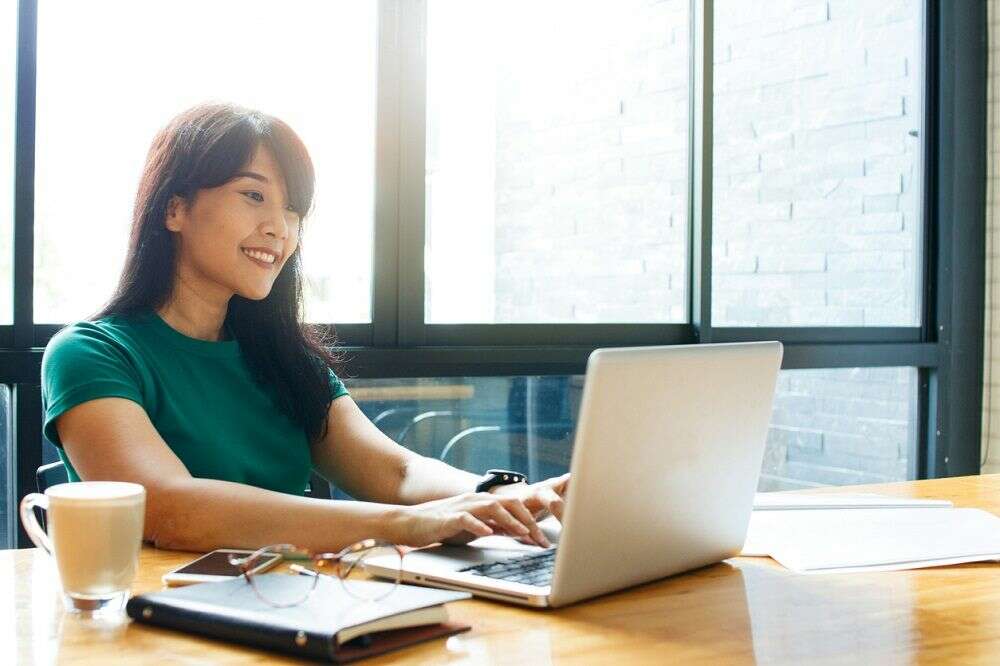 A WOMAN who broke the glass ceiling in 1987 after she landed a £75,000 a year position at Robert Maxwell’s rising satellite TV and communications empire – only to discover that the job did not exist – has released a book about her corporate journey.

Dr Catherine A. Baudino was filmed accepting the position on BBC2’s Money Programme, in The Apprentice-style reality television show, following a series of interviews with a headhunter and Maxwell himself. Footage from the programme shows Maxwell handing her the contract after she beat two male candidates to the coveted position.

Growing up in Central London as the only child of strict disciplinarian French parents, Dr Catherine quickly learnt that an obstacle was something to be overcome – not something that would limit her.

Aged 17, she presented herself to eminent heads of departments and professors at her three preferred London universities and fearlessly explained that the French Baccalauréat was at least as good as English A Levels. She eventually obtained her PhD in Literature, aged 23.

Her book, STEPPING INTO MY SHOES, speaks to ambitious male and female executives who want to overcome obstacles to climbing the career ladder.

• How wandering around the Mirror Group building searching for a desk, phone and chair eventually landed her a position as the new Chief Executive of Pergamon GED, a joint venture involving Maxwell Communications.

• How through a seized moment with Maxwell’s son Kevin in the lift one day she delivered ‘The Elevator Pitch’ that successfully secured her title as Chief Executive of Maxwell Satellite Communications.

• Strategies she used to (re)gain control of Maxwell’s “authoritarian attitude towards employees” – although she comments, “I was greatly helped, though, in that I was not an alpha male in his jungle so I was not perceived as a threat.”

After leaving Maxwell, Dr Catherine went on to become the first-ever European Business Director of the NASDAQ Stock Market – securing face-to-face meetings with the likes of Olivetti, Benetton and Parmalat or political figures like Romano Prodi, Prime Minister of Italy, and British MPs such as Michael Heseltine and Cecil Parkinson.

Next, she founded a company in the early 1990s to set up solar parks on agricultural land in Italy… then everything fell apart: Dr Catherine said: “My elderly parents fell to Parkinson’s (mother) and Dementia (father). As their only child, I felt I had to take on their care – and did so. This meant giving up my new venture, particularly as I was the only Italian speaker amongst my partners.”

STEPPING INTO MY SHOES recounts the nine relentless years that followed, during which time Dr Catherine lost control of her freedom and identity. The 69-year-old tells how she gradually disentangled herself “from the abysses of despair” to recreate herself as an executive coach.
This is an unusual corporate adventure starring a courageous woman who trailblazed her way from academia to the boardroom and now works to inspire others through her war scars.

The world’s most Instagrammable destinations, revealed and ranked

Finboot further strengthens board with appointment of former...