Home Finance 50% of older women reveal they will have to keep working beyond retirement
Our website publishes news, press releases, opinion and advertorials on various financial organizations, products and services which are commissioned from various Companies, Organizations, PR agencies, Bloggers etc. These commissioned articles are commercial in nature. This is not to be considered as financial advice and should be considered only for information purposes. It does not reflect the views or opinion of our website and is not to be considered an endorsement or a recommendation. We cannot guarantee the accuracy or applicability of any information provided with respect to your individual or personal circumstances. Please seek Professional advice from a qualified professional before making any financial decisions. We link to various third-party websites, affiliate sales networks, and to our advertising partners websites. When you view or click on certain links available on our articles, our partners may compensate us for displaying the content to you or make a purchase or fill a form. This will not incur any additional charges to you. To make things simpler for you to identity or distinguish advertised or sponsored articles or links, you may consider all articles or links hosted on our site as a commercial article placement. We will not be responsible for any loss you may suffer as a result of any omission or inaccuracy on the website.
Finance 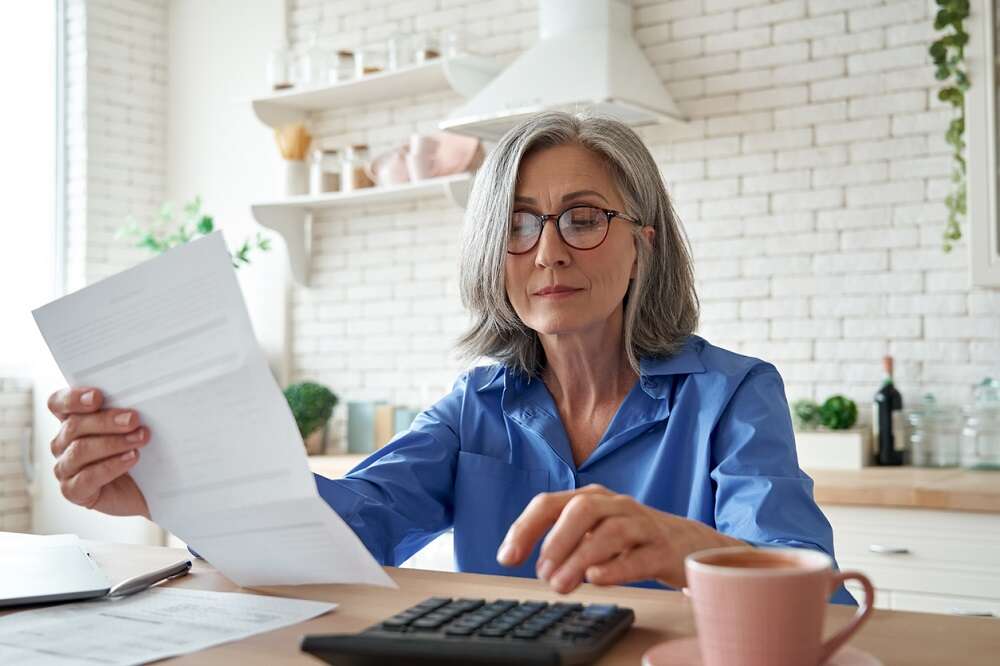 53% women worry that their pension is not enough for them to be financially independent.

New research from 1,356 older workers (aged 45+) has revealed the true extent of the pension crisis for women today. The new ‘Gendered Ageism’ report from Working Wise has uncovered that a huge 50% of women will need to keep working beyond retirement to make ends meet. With 53% of respondents revealing that their pension is just not enough for them to be financially independent.

This research conducted by older worker advice and support site, workingwise.co.uk, and sponsored by the Financial Services Compensation Scheme has been conducted to understand the true plight of older women as they near retirement and has shone a light on the lasting impact of career breaks on women’s pension payments have.

83% of respondents have worked part-time for at least one year of their career, and 27% of these worked part-time for over a decade. The data has shown that 71% of the women felt that going part-time or taking a career break was the reason that they reduced their pension payments, additionally, 64% of respondents shared that due to a career break, or reduced hours they have previously stopped their pension payments altogether.

Gillian Nissim, Founder at workingwise.co.uk comments, “The gender pension gap is 37.9% which is startling until you see the results of this report which reveals that from the moment women have caring responsibilities, their pensions start to come crashing down. Women are more likely to have ongoing caring responsibilities that mean they will reduce their hours, work-part time or require flexible working and it is these necessities that are causing women to reduce or even stop their pension payments, these career decisions are then coming back to haunt women’s pensions in later life.”

When it comes to supporting women to be able to keep working and earning towards their pensions, flexible working is essential. 1 in 4 (23%) of respondents said that they need more flexibility in their role than they currently have. Then there are those who are struggling to get back in with 31% of respondents who needed to get a new job in the last five years finding it difficult. 49% of those job seekers attribute ageism as the key factor holding them back from being hired. Of the women who are currently employed, 1 in 4 admitted that their employer is not supportive of older women in the workplace.

The report has also revealed the confusion and lack of clarity that surrounds pensions for women, with 1 in 2 (58%) of respondents admitting that they do not really understand their pension savings. Yet only 1 in 5 (19%) of employers offer pension and financial awareness sessions. Additionally, just 12% say their employer has a published action plan to address the gender pay and gender pension gaps.

Gillian Nissim, Founder at workingwise.co.uk continues “We need to increase the support that women have when it comes to truly understanding their pension savings, and on top of this, we need to start to make changes in the workplace that will make a dent on the 37.9% deficit that looms over women as they approach retirement. That over 50% of women will need to keep working beyond requirement is a huge wake-up call to the true impact that this pensions gap is having on women’s lives.”